You are here: Home / Success Stories / Warnie from Chattanooga, TN 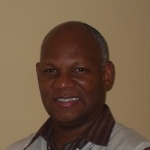 CHATTANOOGA, TN – While some people new to the real estate investing game suffer from analysis paralysis, Warnie is not one of them. In fact, Warnie is the exact opposite. Rather than over thinking each and every step, he preferred to simply do what it was that his coach told him to do. And that is why in just the past few months, he has closed 3 deals earning more than $30,000. Here’s an interview with Warnie describing his secrets to success:

Warnie has fears like everyone else but his drive to succeed has helped him overcome his fears of the unknown and he plows ahead, knowing that we have him covered on what to do and how to do it, when he gets to points where he doesn’t know what to do. Warnie currently has several deals in his pipeline that are expected to make tens of thousands on each deal. Warnie is a shining example of someone who pus his trust in a mentor and goes further, faster by not overthinking and simply taking action.