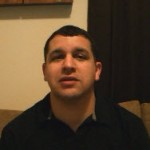 COLORADO SPRINGS, CO – The United States Air Force relies on Tom for his expertise but when it came to real estate, Tom had to rely on others for guidance and support. In fact, prior to joining our program, he spent 5 years and tens of thousands of dollars on other real estate coaching and mentoring programs that didn’t produce any results for him. What made the difference for Tom was that our coaching team not only wanted to help him, but also gained financially when his deals closed so we were motivated to see him succeed far more than any prior programs he had joined in the past. This program was the breakthrough Tom has been searching for, for nearly a half decade.