You are here: Home / Success Stories / Thomas from Seattle, WA 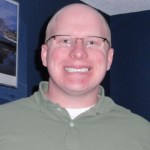 SEATTLE, WA –  Over the past few months, Thomas has closed 4 deals earning more than $50,000. This is quite an achievement when you factor in his active duty commitments to the military. Thomas is a perfect example of someone finding a way to succeed despite having many other time commitments.

When he first got started, he would be constantly sidetracked by 3 month stints at sea on a submarine. No phone. No email. It was natural for him to get discouraged. He would build some momentum and then, “WHAM!”, he was sent back to sea for months. This went on for sometime. Most people in his shoes would quit. But not Thomas. Instead, he kept searching for ways in which to continue serving his country while building a real estate business on the side.

A window of opportunity came when he had the chance to be reassigned to a different position. It was a cut in pay but it offered him the ability to put more of his energies into real estate investing. With his wife’s blessing and the support and guidance of a mentor, he took the leap of faith.

Listen to the interview with Thomas where he shares his thoughts, successes, challenges and advice. Are you inspired? You should be!