You are here: Home / Success Stories / Lisa from Golden, CO

by Business Mentor Coaching on November 16, 2011 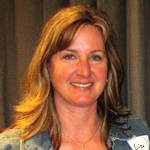 GOLDEN, CO – Former freshwater biologist turned stay-at-home mom, Lisa was looking for a business opportunity that allowed her to be her own boss, set her own hours and paid very well so that she could contribute financially to her family. After much research, she decided real estate was that business for her. But although she had pinpointed the type of business she wanted, she now needed to quickly get up to speed on how to be successful without having to learn all the lessons the hard way.

Lisa sought out a real estate mentoring and coaching program that understood Colorado real estate and had the tools, resources and know-how to walk her step by step to success. Thankfully, she found us and now, you can see from the video where she is today. She subsequently closed a second deal, earning nearly $12,000, shortly after completing her first deal. Lisa is now living her dream of being her own boss, setting her own hours, making good money and contributing to her family.