You are here: Home / Success Stories / Brian from Dallas, TX 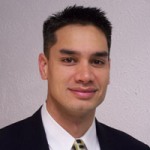 DALLAS, TX – Brian wanted to spend more time with his family without sacrificing his income. He had dabbled in real estate and made a few bucks here and there, but nothing near what he had set out to do. The real estate market was changing and he was not equipped to succeed in the new environment so he went looking for help. He found numerous dead end roads before he found our group. Instantly he recognized we were different than the rest. Brian knew that if we stood to make money when he closed deals, that we would work harder to help him succeed than anyone else. After consulting with his wife (and praying about it), he made the investment to begin working with us.

He didn’t have any money to put down on any properties but we showed him how to do real estate without it! He didn’t want to tie up his credit so we showed him how to do deals without borrowing money. It was exactly what Brian wanted in a real estate coaching relationship. Overtime, he achieved the level of success he was striving for. Here is a letter he wrote describing his experience:

“Dear BMC Team,
Attached is a picture of my two daughters, which I have been able to spend much more time with. That’s why I can’t thank you enough for what you’re doing and what you’ve taught me – this is hands down the most profitable investing I’ve ever done.
I’ve made more in the past six months with this program than I did in all other kinds of investing over the past 5 years combined!
Thanks again,
Brian”